“These significant new hires reflect ISA’s commitment to expanding our footprint and capabilities, from Washington D.C. to state and county offices across Illinois,” said Andrew Larson, Director of Governmental Relations & Strategy. “We are excited to welcome Corey, Collin, Noelle, and Matt and the significant subject matter expertise and key relationships they bring to our team.”

Corey Lacey joins the Government Relations team as the Regulatory Public Policy Manager. In his new role, Lacey will monitor, prioritize, and provide consultation on all public policy developments that may impact agriculture and soybean production in Illinois.

Lacey holds a Bachelor of Science degree in Environmental Soil Science from the University of Arkansas, a Master of Science degree in Agronomy from Illinois State University, and a doctoral degree in Soil Fertility and Conservation from Purdue University. Corey has served farmers in Illinois and surrounding states for over a decade by providing research and outreach efforts which promote sustainable and profitable agriculture best management practices. In his previous position, Lacey was part of the management team for an extensive soil testing and collection firm that operated across the Midwest and Southern United States.

Collin Cisco joins the Government Relations team as Public Policy Manager. In this role, Cisco will monitor, prioritize, and provide consultation on public policy developments that may impact agriculture and soybean production in Illinois.

In his former role as Government Affairs Director with the Illinois Realtors, Cisco was responsible for managing government affairs relationships and advocacy efforts on behalf of the Realtor® Association with state, local, and federal elected leaders throughout the Central Illinois region. He previously served as an Illinois House Speaker’s Office staff member.

Noelle Neef joins the Government Relations team as an Outreach Coordinator. As a recent graduate of the University of Illinois and with national and state lobbying experiences, she is excited to begin advocating for Illinois soybean farmers.

Matt Johnson also joins the Government Relations team as an Outreach Coordinator. Johnson has over four years of experience working in state politics on Representative Tony McCombie’s campaign. He recently interned for the Carroll County Farm Bureau and has been in bank lending for the last seven months.

As Outreach Coordinators, Neef and Johnson will help support the ISA Government Relations team by coordinating outreach and educational efforts to elected officials around Illinois.

The Illinois Soybean Association (ISA) checkoff and membership programs represent more than 43,000 soybean farmers in Illinois. The checkoff funds market development and utilization efforts, while the membership program supports the government relations interests of Illinois soybean farmers at the local, state, and national levels through the Illinois Soybean Growers (ISG). ISA upholds the interests of Illinois soybean producers through promotion, advocacy, and education with the vision of becoming a market leader in sustainable soybean production and profitability. For more information, visit the website www.ilsoy.org and www.ilsoygrowers.com. 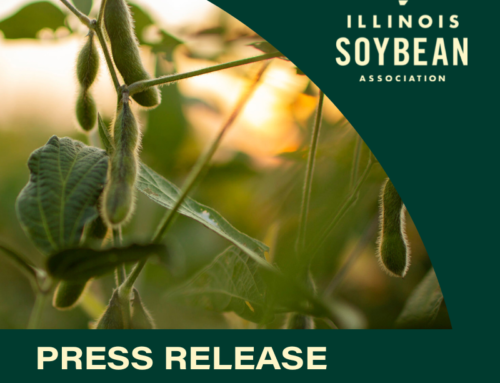